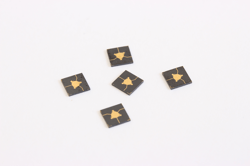 MassVentures, the venture capital arm of the Commonwealth of Massachusetts, recently named Metamagnetics as one of the winners of the 2015 START Stage III program. START is a $3 million initiative to help growing companies commercialize technologies developed under Small Business Innovation Research (SBIR) and Small Business Technology Transfer (STTR) contracts.

Selected from a pool of technology-driven companies in Massachusetts, Metamagnetics received a grant of $500,000 under the 2015 START Stage III program for its high-frequency, self-biased ferrite circulators. Under its Stage I and Stage II Small Business Innovation Research (SBIR) and along with several defense commercial contracts, Metamagnetics has grown revenues by 60%, increased employment by 140%, and leveraged its START funds into $2,470,000 in additional outside capital. From this grant, it aims to actively promote its proprietary ferrite technology through its laboratory in Canton, MA, into the commercial world of critical sensing, earth-science, and communication applications—and in the process, return some of the investment to the region's economy.

Anton Geiler, President of Metamagnetics, said, "Harnessing our know-how in ferrites as a core material technology, we will pursue further miniaturization and higher performance of our self-biased circulators that will enable the creation of innovative, cost-effective extreme environment electronic components and devices. Transforming technology into useful products almost requires a different kind of expertise—one most research scientists like us don't possess. Our partnership with MassVentures arms us with the capital, experience, mentoring, and the network we need to transition into a full-scale commercial success. We are committed to making full use of the grant in the areas of research and development, human resources, technology commercialization, and production."